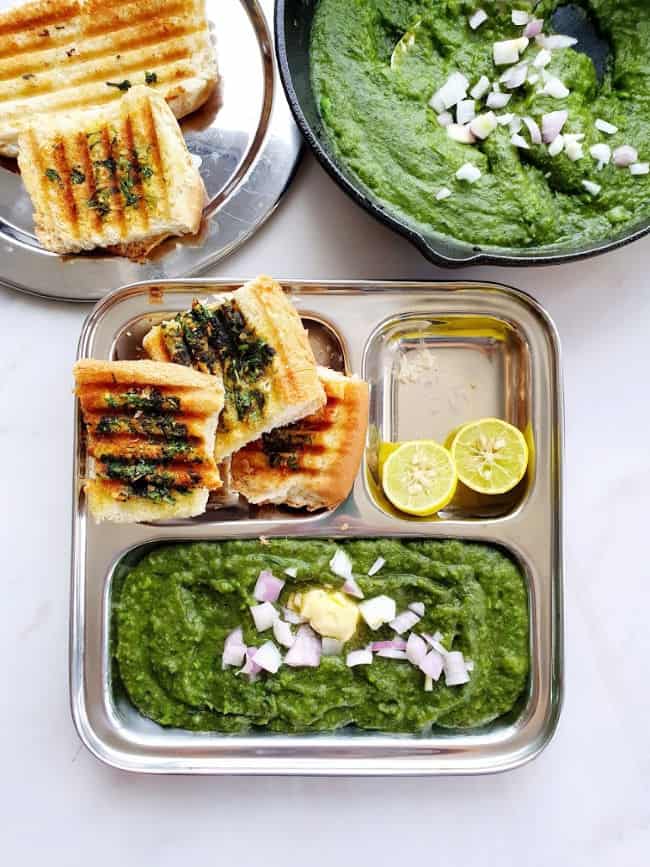 The most popular Pav bhaji with a Green Twist💚💚💚 HARIYALI PAV BHAJI is one of the healthiest ways of eating street food. Nutritients loaded Pav bhaji is made with fresh green Palak🍃, Green Peas, green tomatoes(i didn’t get). Homemade Roasted Cumin Powder and Pav Bhaji Masala. Paneer Pav Bhaji made with Crumbled Paneer and Pav Bhaji recipe, without paneer here. Pav Sandwich recipe made with Pav buns is my recent Pav bhaji recipe.  You can check the Mumbai Vada Pav recipe.

Hariyali Pav Bhaji is good with Butter Pav Buns and we tried it with Butter Rotis it was too good. For Garlic Pav Buns, combine butter, minced garlic & chopped parsley Generously spread each side of the cut sides of the bun with the garlic butter.  Toast in griller or on Tawa. Save Print
Prep time
20 mins
Cook time
15 mins
Total time
35 mins
Author: Premalatha Aravindhan
Recipe type: Main
Cuisine: Indian
Serves: 2
Ingredients
Instructions
Notes
You can add vegetables like boiled potato, carrot, cauliflower, beans, and also paneer, capsicum for variation.
Mash the vegetables and then add it into the Kadai or if you have the mashing tool you can do it directly while frying it.
Adjust the spice powders according to your taste.
Adding butter is optional if you want rich gravy you can add it.
3.5.3208
For Jain Pav Bhaji, skip the potatoes. You may substitute potatoes with raw banana or plantain or increase the number of green peas. Beetroot is optional.

Blanch the palak and puree it along with garlic and green chili.

Boil the Vegetables with salt and mash it, make it ready.
Heat oil in a Tawa and add in cumin seeds, let it splutter.add the ground puree, cooked vegetables, turmeric powder, salt, roasted cumin powder, and salt

Add in the mashed vegetables and mix well.  garnish it with coriander, top some butter. Squeeze lime juice while serving. 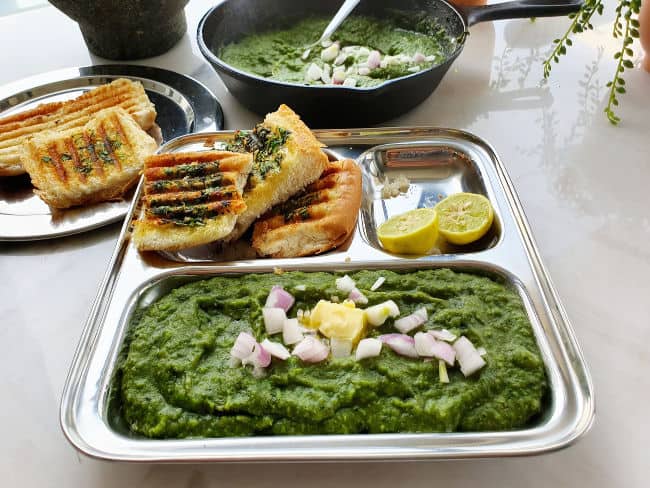 The Pav Buns in the pics are homemade and you can find the recipe here. Nothing better than some homemade bhaji with homemade pav. 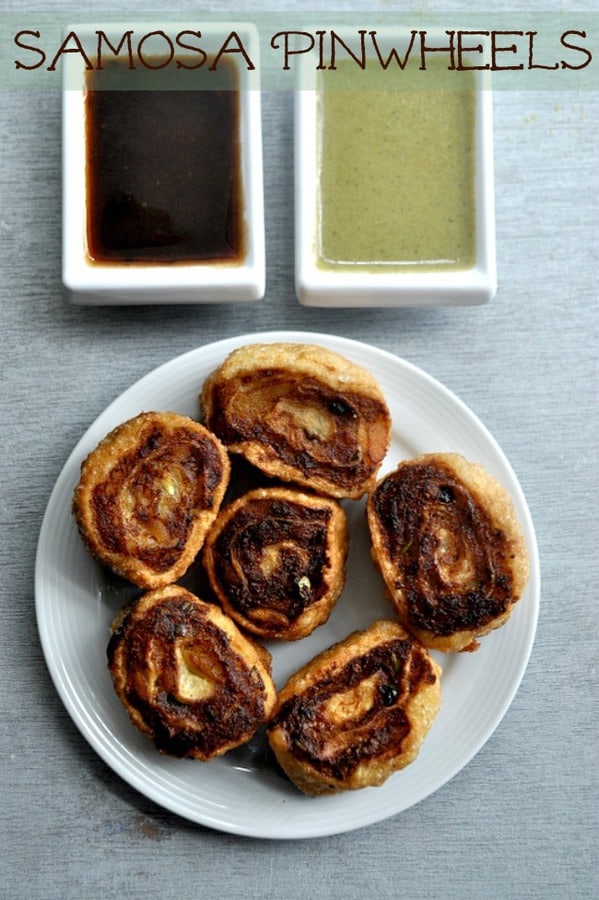 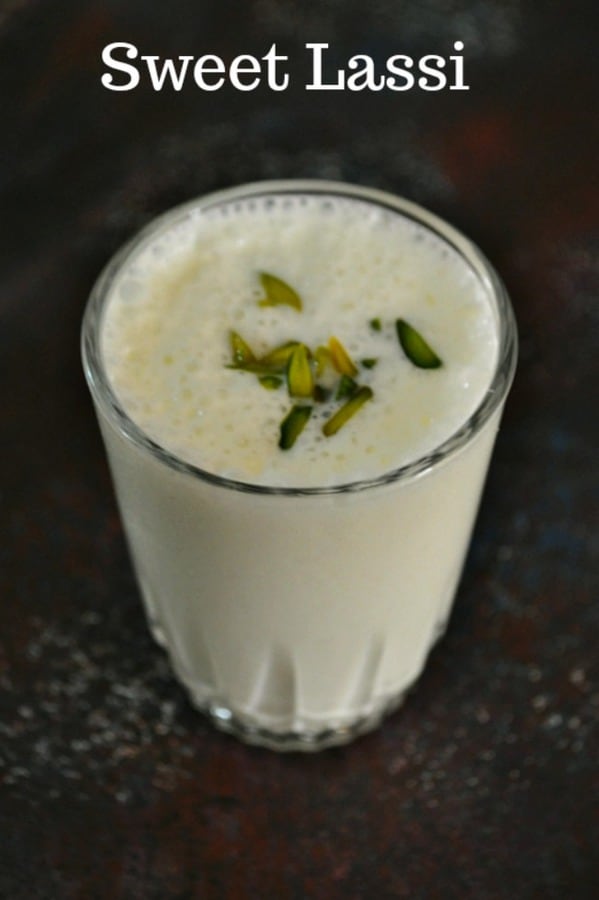 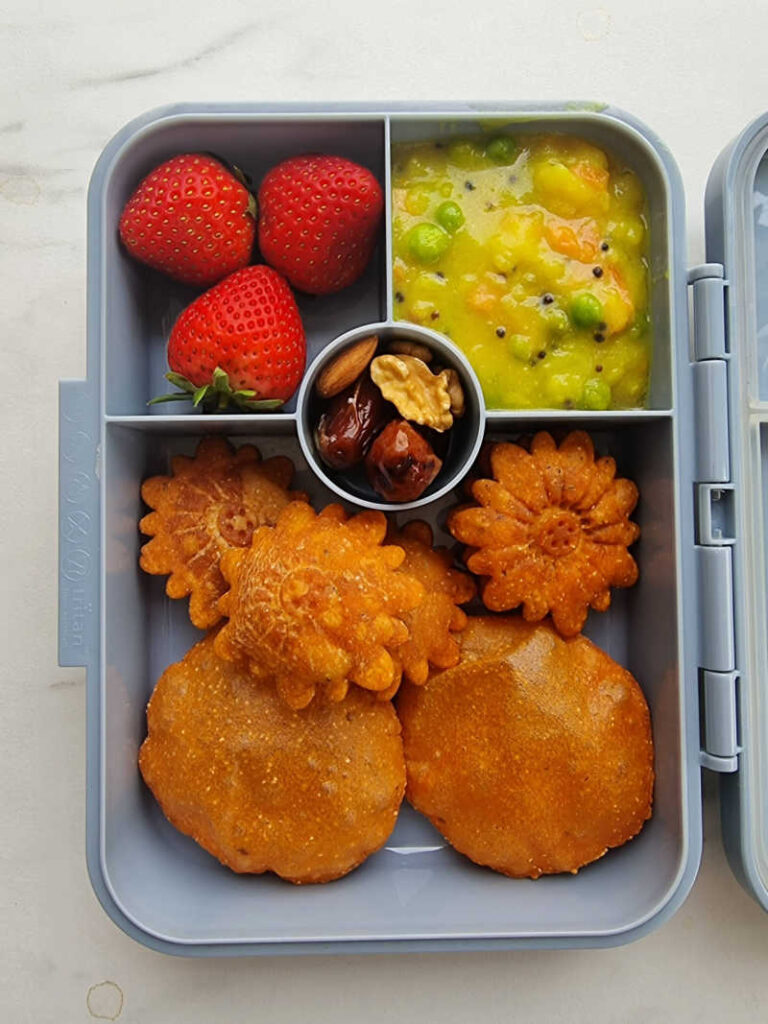 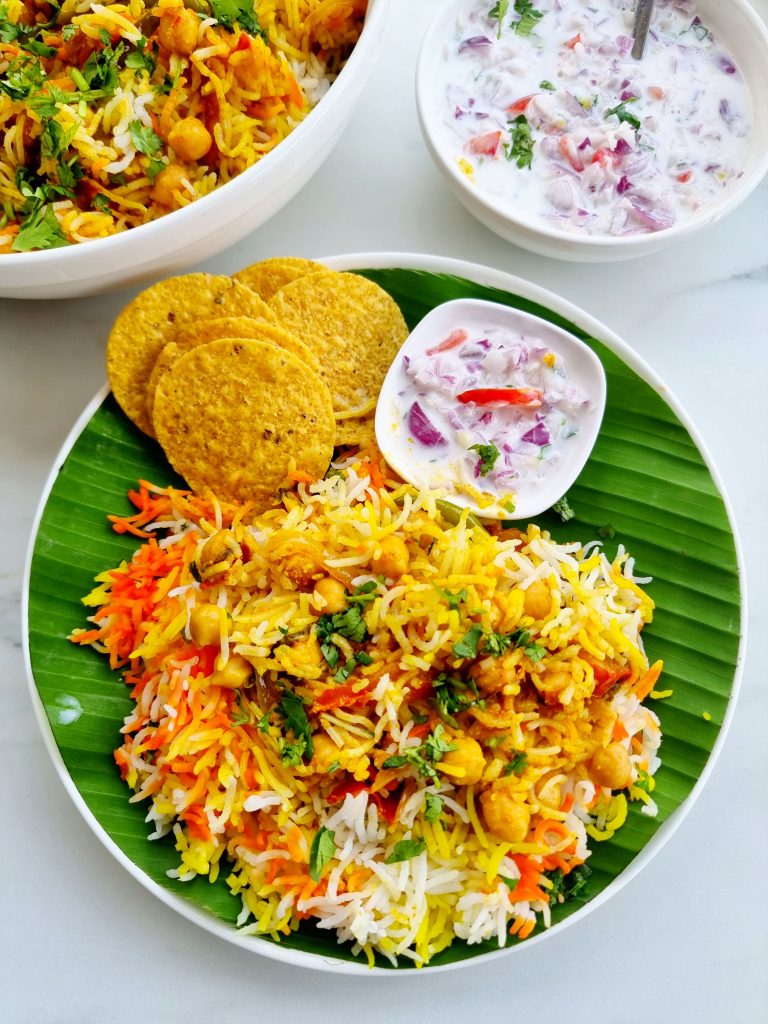 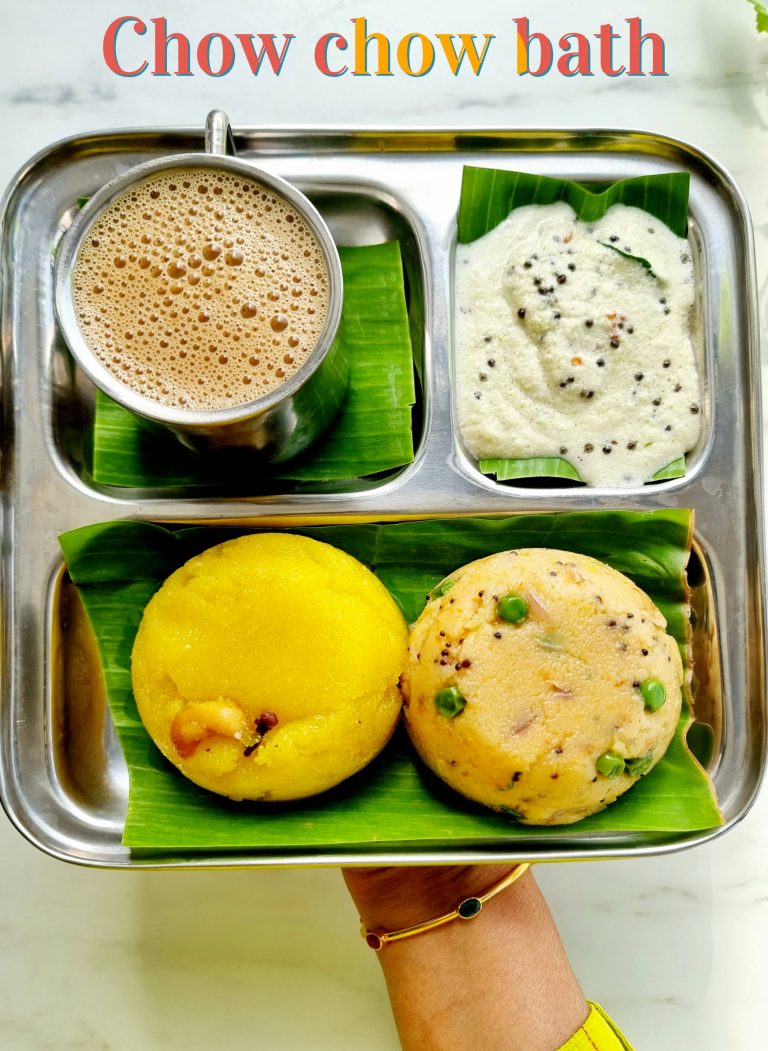